In Part 1 of this series we discussed three guiding principles of React and software architecture that can help us create scalable, testable, and readable React applications. The principles were: single responsibility, composition, and testability. Using these three principles we then looked at an example of a React component called StarWarsCharacters (link) that did not adhere to these principles, and I made a promise to you that we could make it better!

In this part of the series, we’re going to talk about an implementation of the three principles from Part 1 as three distinct React component categories and then return to our StarWarsCharacters example.

Dan Abramov (one of the core contributors to React) wrote an article on these two types of components back in 2015. So, these concepts aren’t new, but you might have noticed that there was an update to that article in 2019 where Dan mentions that he has changed his view on these two categories. Since the introduction of React hooks, he states that he no longer structures his applications this way.

So, that begs the question, how should we structure our React apps? At FullStory we believe that we should not completely do away with these distinctions, but build upon them. Let me show you how.

At FullStory, we have 3 categories of React components. We call them "views",
"containers," and "components". We will define these categories and show how they do adhere to the principles of single responsibility, composition, and testability.

The green and orange borders in the images above represent the boundaries of a couple of different views. The orange border view renders a header and the green border view. If the URL changes then the green bordered view will render different grey boxes. At this point the grey boxes aren’t particularly meaningful, but this purposefully represents the extent of the responsibilities of a view. Reminder: a "view" handles defining the layout of a page or section of a page.

Traits of a View

We define the different traits and rules of a view as the following:

The second category of components we have at FullStory are "container" components. We define a "container" as a React component that has the single responsibility of passing data or state (generally fetched asynchronously) to its children. This generally includes things like code splitting, data fetching, or accessing shared UI states.

Traits of a Container

We define the traits and rules of a container as the following:

The third category of components we have at FullStory are "component"... components. We define a "component" as a React component that has the single responsibility of rendering UI.

Note: “'component'... components” Ok, I know that sounds kind of funny. We could call them “PresentationalComponents” or “UIComponents” but we chose to just call them “components” for the sake of brevity.

Our components now add another layer to our example image. The views laid out the page and sections of the page, the containers fetched the data or accessed the UI state, and now the components have received that state and rendered the UI.

Traits of a Component

We define the different traits and rules of a component as the following:

Note: At FullStory, we love using Storybook. In the last year we’ve added around 700 new stories as we’ve migrated to React. We have found that when we keep our components singularly purposed, we can take advantage of the power of Storybook by effortlessly rendering our UI components in isolation.

Returning to a Galaxy Far, Far Away

This screenshot and the following code snippets are from this GitHub repo.

Routing for the “create a character” modal

The CharactersView  defined below uses composition of other views, containers, and components to create the layout of the page. It passes off responsibilities to the other components that compose the page which results in a very small, singularly purposed view component.

Fetching data and rendering UI based on state

The CharacterListContainer defined below fetches the character list data and renders different UI based on the state of the data.

The CharacterList component defined below renders other UI components defined in the ./styles file (using styled-components) that define the styles for the list of characters that our users will see.

By breaking apart the StarWarsCharacters component into views, containers, and components our code has become much more readable, scalable, and testable. We will elaborate on this in Part 3 of this series.

We’ve now seen how we can implement components that adhere to the principles of architecture using these three React component categories. In the final part of this series, we will discuss how these component categories positively impact the scalability, testability, and readability of our React code. 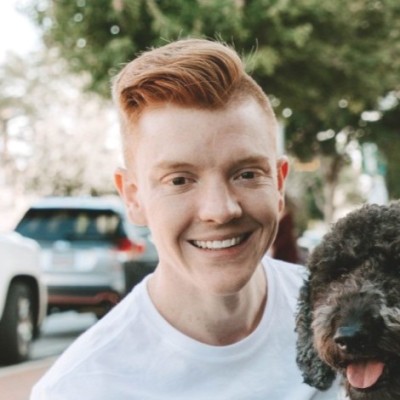 Tech Lead of the App Frameworks team at FullStory. Passionate about making other people's lives easier through improving developer experience and user experience.