You know the way to go: It's cut in the dirt at your feet

Finding the shortest distance from point A to point B is a problem we’re always solving. Whether it’s the way to work, or the way through the grocery store, we try to optimize our route.

When we walk the same ground enough we wear down the low-lying vegetation — the grass — and we create a visible path in the dirt. A trail where there was none before.

No authority planned it. No one designed it. Yet there it is as clear as day — a path to follow that sorta just makes sense.

A path was desired

It’s the result of individual choices aggregating together and creating something meaningful. Spontaneous, emergent order.

There’s a name for these worn paths — “desire paths.” Wikipedia tells us that desire paths are also known as game trails, social trails, herd paths, cow paths, goat tracks, pig trails, or bootleg trails. They’re also sometimes referred to as desire lines. Extremely worn desire paths might even take on the shape of tunnels that are known as sunken lanes or hollow ways (“holloways,” too).

But there’s no official name for desire paths, really, and that makes a lot of sense.

Desire paths are the physical manifestation of an intangible truth: life finds a way. There is an innate, instinctual drive to take advantage of every opportunity and bridge every gap. A drive to take the shortest cut and blaze a trail.

Because desire paths are born from life, where ever you find life, you find desire paths. So what do we do with them?

Stop them — desire paths are a nuisance!

Are desire paths bad? Is taking them wrong?

The paved sidewalks and chained-in grassy areas on college campuses and public parks suggest they are a problem to be solved.

“Please stay off the grass!”

Desire paths should be stopped — they’re a nuisance. Taking a shortcut through the landscaped common area in lieu of a paved route is not the way things were designed. You’re supposed to follow the marked sidewalk.

Does anyone believe this?

There’s research that suggests we make choices based on perceived effort[1] — preferring the apparent “path of least resistance.”

Really, it’s human nature to question the rules — particularly those rules that feel arbitrary. Adhering to rules that cost us dearly (And what’s more expensive than our time?) are especially unlikely to be followed.

So while desire paths may scar a meticulously designed and beautifully maintained landscape, objecting to or trying to stop their use is a Sisyphean task.

If stopping desire paths is a waste of time, what are we to do with them?

The opportunity in plain-sight — pave the desire paths

When Walt Disney created Disneyland, he didn’t fence in the grassy areas until he saw where people walked. The most frequently used walkways — as indicated by desire paths — got codified into official sidewalks[2]. Frank Lloyd Wright was said to apply the same tactic.

Or take universities. Instead of trying to predict, in advance, where students will walk the most, some campus planners plant the grass and just sit back and wait — the paths present themselves in short order once school is in session. From there, they need only pave them.

Student lore at Michigan State University (seen below), Ohio State University, and Reed College[3] all talks of how this was the process that drove their campus sidewalk layouts.

There’s a power in desire paths that simply requires a change of frame — desire paths aren’t a problem to be a solved so much as a solution that has been rendered.

See the desire path and make it better

As you’ve likely realized, desire paths aren’t limited to dirt. Desire paths are symbolic of how people figure out new and easier ways to get some job done. If you see a desire path, you’ve got a blinking light of opportunity:

Take the rough-hewn path and make it better.

The internet is a great green grassy space

The internet is a frontier for creation — new sites, services, platforms, apps, whatever. Within these creations users have immense freedom to go their own way. Desire paths are a natural outcome.

Even within this frontier space there are limitations and constraints.

Connectivity to the Internet leaves users feeling time-constrained — there are so many possibilities it can be overwhelming. Thanks to our always-on, always-available status, not a moment goes by when we aren’t able to pursue something. We’re left distracted, anxious, and irritated in the event that our changing whims can’t be satisfied.

Yet these constraints drive innovation: create a better way to get from point A to B — desire paths and the Internet go hand-in-hand.

Messaging has been around for awhile and it’s gone through a number of iterations — messaging desire paths get paved, things change, and then they’re replaced by better solutions.

At the most basic level, messaging emerged as a direct, instant way to communicate by text with other people. It came about in the 1990’s through ICQ and AOL Instant Messenger (AIM) and sidestepped email by being a faster, less formal way to communicate asynchronously.

We’ve come a long way since then, but the evolution of messaging is far from over. Paint a broad stroke and you see how SMS and MMS limits — in number of messages or the expense of one-off messages — led to users taking the desire path of using over-the-air services like iMessage, Google Hangouts, WhatsApp, or Facebook Messenger.

While it’s not taken off in the U.S. as much as abroad, the simplicity of chat as an instant interface to transact has led to an explosion of chat functionality in apps like WeChat in China (which all sorts of e-commerce can take place within the app, itself).

While the idea of shopping by chat may feel foreign to many in the U.S., it’s native behavior to many in China.

Separately, there’s the trend to “chatbot all the things.” Here, messaging can be seen as a way for users to interact with a business however they choose, and if the chatbot works, users build their desire path on-the-fly.

And a third messaging-related example is chat-based customer support services (like Intercom). When users feel the marked paths leave them feeling lost with no clear way to go, these services give them a paved path toward getting answers.

Smartphones exploded in popularity because they paved the path that previous connected devices were only lightly facilitating — that is, browsing the Internet.

Before the iPhone, using OTA messaging services, taking and sharing photos, etc., in feature phones like the Blackberry Curve, while possible, was clunky and painful. The experience for users felt bolted-on instead of native.

The iPhone (and Android) paved the desire path for using mobile Internet by making it the prime function of the phone.

Once that path was paved — access and functionality on mobile — smartphone platforms became the wide open greens that facilitate a near limitless potential for desire paths.

Taking it even further, you can see apps as paved desire paths for what users would otherwise do on a browser. And today, as smartphones get more sensors, faster connections, and more processing power, the frontier of mobile grows.

Hashtags and at replies were early desire paths that users carved into the Twitter-sphere that Twitter ultimately made native to the platform.

Shifting to Instagram. Here’s a platform where image sharing is primary. Smartphones exploded in popularity because they paved the path that earlier devices were only lightly facilitating — that is, browsing the Internet.and text secondary. Many social media influencers (e.g. celebrities) have amassed huge Instagram followings and use Instagram as their primary channel.

Benedict Evans has pointed to screenshots on phones as desire paths to fill unmet needs within apps.

Google is a desire path paving machine. Where do you want to go? Google takes you there — “10 blue links” that get you from Point A to B in milliseconds.

For example, Google has started surfacing the answers right in the search engine results page requiring no further work on the part of users — as is the case with Knowledge Graph cards.

In some cases, Google surfacing quotes from top results for a query has dramatically impacted the downstream websites from which the answers came.

Another example of Google paving a desire path is when the answer to a query surfaces right there in the auto-suggest box — before you even execute the search!

The Internet is a massive green space across which desire paths are being cut all the time, in apps, devices, and websites.

What other examples can you think of?

To build a successful website—or SaaS—you have to drive users to sign-up, successfully onboard them, and do the job promised well.

Developers have struggled to see how users engage with their websites, apps, and products. Outcomes could be measured using analytical services (e.g. Google Analytics), but actually seeing where users are going and intuiting what they’re trying to do in any given situation was near impossible.

That’s why FullStory session replay is so powerful—it reveals where the “paved sidewalk” (a web site’s layout, app UX/UI, whatever) isn’t working as intended as well as visualizing, literally where the users are trying to go. Using session replay to see user flows helps developers and designers improve them.

It’s a little known fact that the original code name for FullStory was CowPaths.

Separately from surfacing user desire paths, FullStory also helps with the desire paths of designers, product managers, and engineers — by allowing them to search user interactions for whatever behavior they need to understand. What users click a certain button? Use a certain feature? Abandon their cart or get lost in your knowledge base? Just search it.

Just as much Google search is a desire path paving engine for bringing users to the world’s information, FullStory provides that power for an organizations’ user interactions on their web app.

With or without a service like FullStory, understanding a user’s desire paths on your site can make the difference between success and failure. No business is immune to the constraints on time and attention for users — getting them from point A to point B on your site so they can do whatever it is they’re trying to do — well, that’s our job as builders of products and services.

And it helps to mind the desire paths.

What desire path is your life on?

Hope is like a path in the countryside. Originally, there is nothing — but as people walk this way again and again, a path appears. —  Lu Xun, Chinese Essayists, 1921

Instead of relegating ourselves to plodding down the same desire paths we’ve walked countless times before, perhaps it’s time to make them better — whether in business, in design, or in life.

What desire paths do you take? What paths have you paved? Where is the path now on taking you? 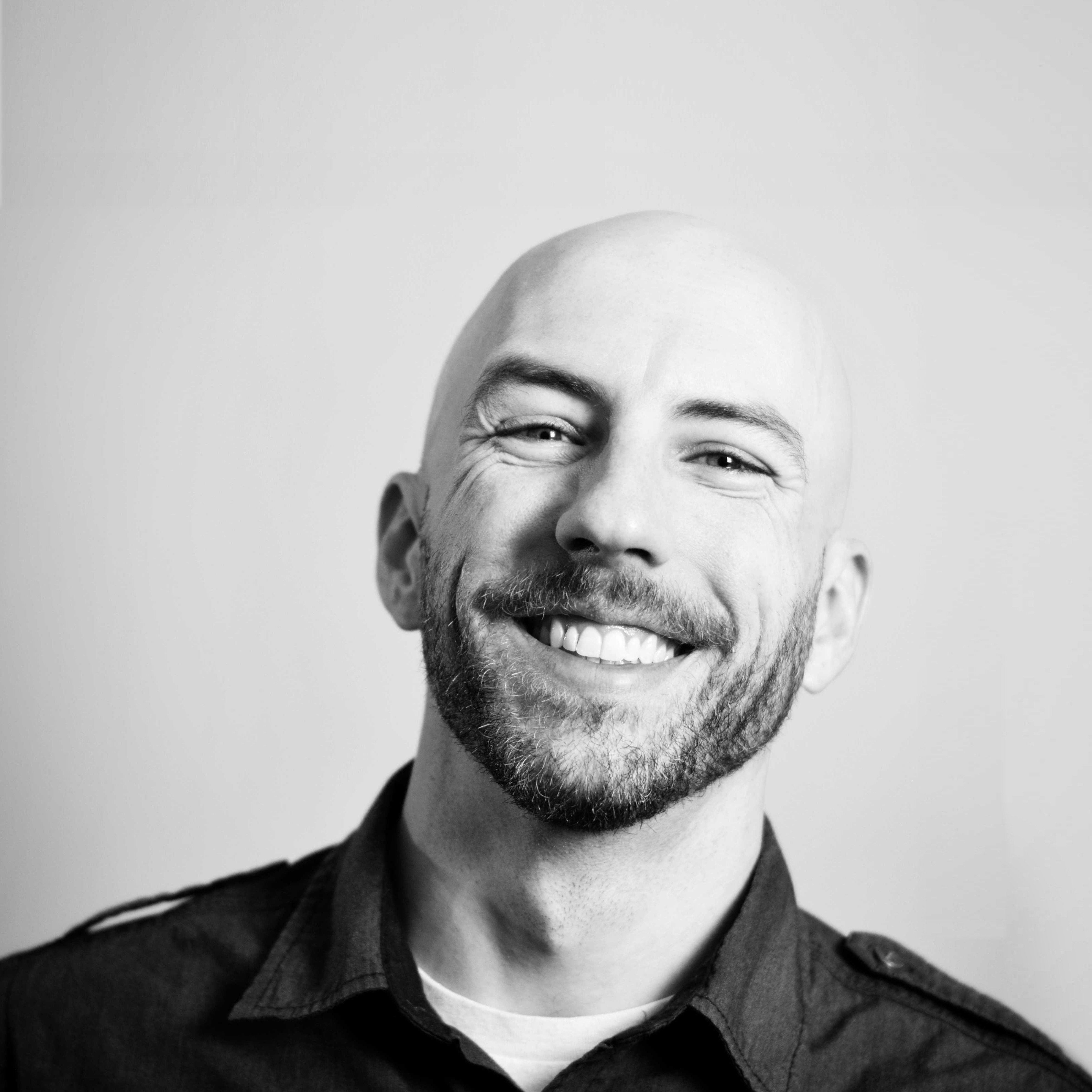 Justin Owings was previously the Director of Content Marketing at FullStory.