Record and Playback vs. Session Replay—what's the difference?

Record and Playback and Session Replay tools may sound similar but they're wildly different.

Have you ever wondered:

What's "record and playback?" Is that like "session replay?"

"Record and Playback" and "Session Replay" (or "Session Playback") are two similarly named but different types of features used to help you deliver better customer experiences. Despite the names, each serves a vastly different purpose within the software development lifecycle ("SDLC").

Let's define them both, compare the two, and look at which solution will make the most sense for you.

What is Record and Playback?

Understood through the Jobs-to-Be-Done framework (JTBD), automated UI testing via record and playback does the job of repeating manual interactions as a check to make sure key functionality works as designed.

These test scripts can also be integrated with other systems to:

What are some Record and Playback tools?

Common record and playback tools include:

Record and Playback tools can be helpful for:

Here are some trade-offs to consider:

It's worth noting that some Record and Playback tools only work in designated browsers. If you're looking to import your recorded tests into a suite for ongoing monitoring, you'll need to make sure that the script output from your Record and Playback tool is compatible with your monitoring service. (For example, some synthetic monitoring solutions will accept Selenium IDE tests but not Java-based Selenium tests; it's important to know the difference!)

What is Session Replay?

Bonus: If you have a session replay tool that captures all user interactions  and surfaces errors errors, you basically have 100% coverage for monitoring all of the performance problems with your live site. And, you'll never have to wonder how to replicate a bug, because you'll have the interaction and console errors logged in one place. That's super valuable!

Here are some limitations of session replay tools to keep in mind:

Is session replay right for you?

Let's break it down:

☞ Looking for a tool to help you record interactions to create scripts for automated testing?

Nope—session replay isn't the thing to solve that problem. But if you Google "automated UI testing," you'll probably come up with something useful.

☞ Need answers about your customer experience to make critical business decisions? Want to support customers with less back-and-forth, save time spent debugging, and optimize your site or web application?

Yes—session replay is the tool for you!

But why not both?

For most organizations, it probably makes sense to have both record/playback and session replay tools in their SDLC tool kits. These tools can be complementary. In fact, session replay can be powerful for informing which user flows will be most valuable to record and automate for proactive monitoring or testing.

For example, through watching session replays, you might uncover a popular customer journey on your website that you wouldn't have known was business-critical. Once you know how many of your customers rely on that path or set of features, you can use record and playback to build a test specifically for that critical customer flow and make sure that it never breaks when you deploy new code. 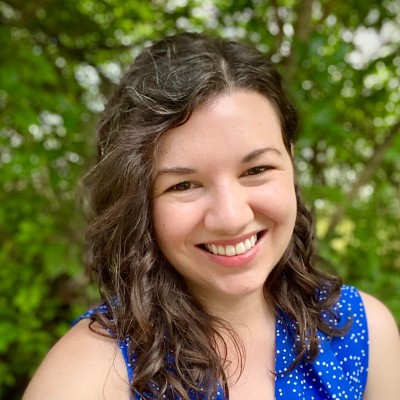 Melanie Crissey was previously a Product Marketing Manager at FullStory.

Your passport to better digital experience: 4 DX data opportunities for the travel and hospitality industry

Discover where travel and hospitality leaders are focusing their DX efforts in this article based on findings from a survey conducted by Forrester.

In a Forrester study commissioned by FullStory, retail and ecommerce business leaders shared challenges and successes with DX data and analytics.

Based on a recent survey, here are the top three challenges faced by SaaS and tech companies when it comes to DX data, and how FullStory can help.