To many of us, Pride tends to feel like a party. One that ushers in the summer with colorful flags, fun parades, and lots of cocktails. But in reality, it’s far greater than that. It started as a form of revolution, an uprising against oppression. The first Pride was a protest at The Stonewall Inn, a bar in New York City.

This is why Pride matters to me. Not only do I enjoy celebrating it with all my friends, but I take privilege in doing so for all those that cannot. Moreover, I stand in solidarity with all people who are still fighting for their Pride—for people in places where it is still as dangerous to march and fight for Pride today as it was during that first event in 1969, over 50 years ago.

While the initial fights for liberation were more pivotal and culturally catalytic, the work that’s being done today in workplaces around the world for equity and recognition is no less important.

Why I started the QueerStorians group

In June 2020, the unimaginable happened. I am not referring to the horrendous murders of George Floyd or Breonna Taylor, because, unfortunately for most people that look like me in the United States, this is just part of our reality. What was unimaginable to me was people starting to want to talk about it, to share, and to collectively grieve within a professional setting.

For the first time in my life, I felt free to share my pain, my opinions, and my reality with my co-workers. As such, I decided to start an ERG (Employee Resource Group) for the Black and African American employees at my previous company. It became a safe space to share, get to know each other better, and discuss parts of the company culture that could be improved for employees like us and others.

Later that year, I joined FullStory. As many of us have now become familiar with, starting a fully remote job on a fully remote team, in a fully remote company during a global pandemic is not easy. Plus the added difficulties of managing different time zones. Despite meeting a lot of my amazing colleagues in regular meetings and through tools such as Donut, I still found it hard to build a sense of belonging and community remotely.

Some of my best and longest lasting professional relationships were fostered with people outside my team and department in more informal company settings. I remembered all the great engineers I met from playing soccer as part of the company team one summer—people who I would have never gotten to know otherwise. Or the great conversations I had during happy hours dedicated to networking with other women in tech as part of the women’s ERG programming.

So in true Revenue Operations fashion, I decided to go out and source—in other words, figure out—if a group for LGBTQIA+ employees like myself and allies was something of interest, as well as if our People Operations team felt it was appropriate. I came up with the name “QueerStorians” because at FullStory we love quirky names for everything but also refer to ourselves as “FullStorians”.

Some ideas floating around my head: “FullQueers” or the less-inclusive “LGBStorians.” I settled on QueerStorians as the word Queer is used as an umbrella term to cover all members of the community. I wanted this group to be as inclusive as possible. Fast forward to today, QueerStorians is 41 members strong and building new connections each and every day.

What I think is important to highlight here are the different roles employees, the company, and leadership play in creating community, and, consequently, culture. QueerStorians became a reality because the company provided a culture where I felt it was safe and even appropriate to create such a group.

From day one, we had the immediate support of the People Operations team, who not only helped facilitate administrative tasks like getting our monthly meeting on the all-company calendar. They also reached out to us ahead of Pride month and offered  QueerStorians to lead our all-company programming: our Pride flag logo take over, charity swag drive and internal voices conversations.

1. It really does take two—or, rather, a two-way connection—because company culture is bidirectional. Leadership sets the tone of the culture and employees create the community within and around it. When leadership goes out of their way to foster a culture where employees know that all aspects of their professional, personal, and developmental lives matter, space is created for individuals to take a step further.

2. Make it work for you. Not all companies need the same ERGs. What’s important is that employees are able to create the communities they feel they need to thrive, to connect and to develop a sense of belonging. In tech spaces such as ours, we focus more on ethnic and gender minorities because those are the historically underrepresented groups in our sector.

3. Sharing is caring. Everyone joins ERGs for different reasons. In talking to different QueerStorians, we all have our own personal reasons for joining and wanting this community. But until we share and speak about it, one may assume it’s only needed for people who identify as Queer or any of the many letters that make up the community. I have learned that this is far from the truth. Some QueerStorians were brought up in very progressive environments and joined because they have spent their entire lives in spaces like this and it only felt natural. Some QueerStorians joined in support of their Queer children and other family members. Other QueerStorians joined because they are still figuring things out, and that’s okay.

I want to end this with one of my favorite quotes, the quote that has kept me going and will keep me going for the rest of my life. As the late Rev. Dr. Martin Luther King Jr. put it, “We shall overcome because the arc of the moral universe is long, but it bends towards justice.”

Whether it’s out marching in the streets or from the comfort of your new work-from-home kitchen table/desk, the fight for justice, equity, diversity, and inclusion needs to happen everywhere for it to make a difference anywhere.

The office is no different. 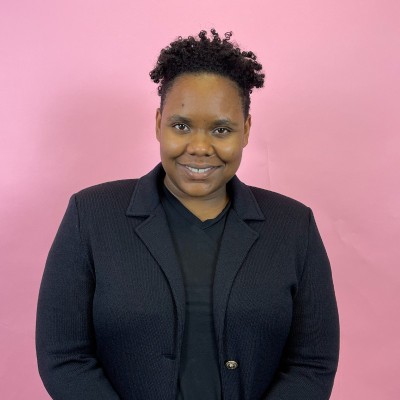 Amara Obiago is the Senior Revenue Operations Analyst at FullStory. She's based in London, UK.

Get to know Mi Gente, our Employee Resource Group for Latine FullStorians.

FS Voices: Getting to know each other beyond a Slack handle

What started as a way for FullStorians to feel connected during a time of uncertainty has evolved into a beloved monthly tradition.

Our hybrid approach to work, Part 2

Learn about FullStory's hybrid approach to remote work and what we're doing to support distributed teams.