How do you know which sessions to watch? Let FullStory show you

When it comes to session replay, the question "How do I know which sessions to watch?” is perhaps the most-asked question of all time—one we are working to answer bionically.

Until now, to find unhappy customers in FullStory, you had to start with a hypothesis and test it with targeted searches. But today we’re releasing an update that makes it easier than ever to find exactly what frustrates your users.

How do you know which sessions to watch? FullStory can show you.

Finding frustrated users on your site or app.

Starting today, FullStory can intelligently surface frustration signals: those moments in your recorded sessions that, though painful to watch, teach you something insightful about your user’s experience with your product.

You'll find Rage Clicks on the left-hand sidebar as a default segment in FullStory. If you want to build a more customized search, you can also find it, along with its siblings, Error Clicks and Dead Clicks, under Search Everyone > Event Scope.

Since this blog post was originally written, we've written at length about Rage Clicks and frustration signals. To that end, you'll want to check out: 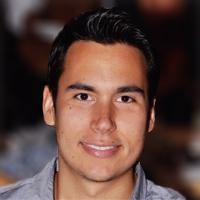 Jaime Yap is a Founding Engineer and Director of Engineering at FullStory. He's based in Atlanta, Georgia.

The top FullStory product releases of 2020

A look back at some of most valuable FullStory product updates from the past year.

Revenue Opportunities is one of the latest improvements to FullStory Conversions, available for all Enterprise plan customers.

FullStory is bridging the gap between quantitative and qualitative analytics by combining Session Replay with a suite of powerful analytics features.