"I'm getting goosebumps talking about this..."

“I’m getting goosebumps talking about this,” says Julian Gaviria, smiling as we chat over Zoom. “This is one of those stories that I’m probably going to be telling for the rest of my life. Because it actually made a difference.

“I mean, I was trapped in my apartment—like everyone else. And I’d watch Governor Cuomo talk every morning. Hearing him say, day after day, ‘today is worse than yesterday…’ It lit something in me. This motivation to figure out what we could do to help.”

Gaviria is the head of user experience and part of the product strategy team at Thomas, a B2B marketplace connecting industrial buyers with industrial suppliers. Several weeks ago, as demand for so many products was dropping off a cliff, while demand for critical healthcare products was skyrocketing, he realized that Thomas was perfectly positioned to help.

“One of my coworkers on the agency side of our business told me that a client was having to shut down their manufacturing facility entirely. I put two and two together and knew that this was going to happen to a ton of facilities that were seeing a major decline in demand for what they make,” explains Gaviria.

Fortunately, Julian and his team had already been conceptualizing an SOS system that would help direct buyers to critical suppliers in a disaster moment, exactly like the COVID-19 crisis. He took to the company’s product strategy Slack channel. He explained how this system could help prevent manufacturing facilities shutting down in large numbers because of shifts in demand.

Gaviria knew that the company would have to release this system as quickly as possible to actually make an impact for suppliers and buyers in need. Speed was critical. He knew he needed to escalate the conversation. At 8pm on a Friday night, he got on the phone with the company’s CEO and CTO.

Gaviria knew that the company would have to release this system as quickly as possible to actually make an impact for suppliers and buyers in need. Speed was critical.

“The narrative was straight-forward. If all of these manufacturers and distributors start shutting down in large numbers, we will end up with a platform of companies that are useless to buyers. We need to surface the companies that are still operating and make that extremely obvious to users.”

By the end of that call, Julian had a green light.

Ready, set, go: From idea to realized digital experience in one week

“Our marketing team had simultaneously created a COVID-19 resource hub, which had an open-ended form where suppliers could ask questions. And the majority of the questions coming through were along the lines of, ‘we have a huge facility, we can make x, y, and z related to this crisis—how can we help?’ This became an incredibly helpful starting point for us to identify suppliers that were able to manufacture critical products.”

Ideas in hand, Julian gathered more members of the team together on Monday to finalize their approach and strategy. By Thursday, he had a product definition, which detailed their plan to add badges to company profiles to indicate that a supplier is “actively providing products, materials, or services specific to the mass shortage of critical supplies”.

The product strategy team approved the plan that day and the engineering team worked through the weekend to ship it. “By the following Monday, we had badges live on the site for any type of industrial manufacturer that was able to provide products, materials, or services specific to the COVID-19 crisis or was able to pivot their business to help out with the crisis,” says Gaviria, shaking his head slightly in appreciation.

And the system is working. “We began to get emails almost daily from manufacturers that were likely going to shut down but because of the visibility they gained on our platform, they were able to stay open and provide critical supplies.

“One company, for example, was able to manufacture N95 masks. But they weren’t getting orders because they don’t normally manufacture them. But as soon as they were able to get the badge on Thomasnet and validation from our supplier content team, orders started coming. The badges allowed them to show that they were credible to hospitals and government agencies,” explains Julian, grinning.

A couple of weeks later, two U.S. Senators sent an email to the United States manufacturing caucus, recommending Thomas as a top resource because of this system. “That was very very exciting to see,” says Julian.

The digital of it all: How did Thomas make this system work?

While Julian was able to connect the right teams and people to move this effort forward, his team needed to make sure the actual execution was flawless. Stakes were high and the company was moving quickly. They needed to be confident that the digital experience would be functional and seamless. That it would actually help people find what they were looking for.

Thomasnet.com serves the two different sides of the industrial audience: buyers looking for suppliers and suppliers looking to be discovered by buyers. As mentioned, the marketing team had launched a COVID-19 resource hub for manufacturers. With the new badges, there was now a category specific to COVID-19 suppliers.

“Our goal was to generate as much awareness as possible within the site of these two areas where you could go to meet crisis-specific needs—we wanted to funnel traffic to these two places,” explains Julian. “The more visibility and engagement, the greater the likelihood that suppliers and buyers in need could find each other.”

To do this, the team introduced several elements:

To ensure these experiences were as optimized as possible, from messaging to placement to imagery, the UX team was A/B testing constantly using Optimizely and FullStory.

Over the past few years, Thomas has invested heavily in its A/B testing program, which has fueled the company’s overall shift from being opinion-centric to data-guided. FullStory plays a vital role in their optimization program.

“FullStory is deeply ingrained into our optimization process,” says Julian. “It’s integrated with Optimizely, which allows us to see both the respective A/B test and variation that a user is bucketed into along with a link to a replay of the user’s session.”

“With every test we ran, we would jump into FullStory to watch how users engaged with each variation. Being able to launch a test and immediately see how it’s working—whether users are behaving as we predicted—has helped us move extremely quickly. Within those two weeks, we probably ran more tests than we have in the past three months.”

The things we’re able to catch and fix–the bugs, the confusion, the friction–I know this experience we’ve built wouldn’t exist today without FullStory.

“Personally, I would just watch general sessions in FullStory to see how the whole thing was working. The things we’re able to catch and fix–the bugs, the confusion, the friction–I know this experience we’ve built wouldn’t exist today without FullStory,” he explains.

Pivoting in crisis and caring for customers

The team at Thomas was able to pivot quickly to meet their user’s needs . There are now over 1,700 suppliers producing critical supplies—such as N95 masks, ventilators, and more—listed on Thomasnet.

Manufacturers that would’ve had to close have been able to keep their doors open. Healthcare facilities in dire need are getting supplies they wouldn’t have had access to. All because the team at Thomas got close to their users, they saw a pressing need, they moved with urgency, and they committed to optimizing the experience.

Are you a buyer looking for products, materials, or other manufacturing services specific to the current shortage of critical supplies? View a list of 1,700+ suppliers here. 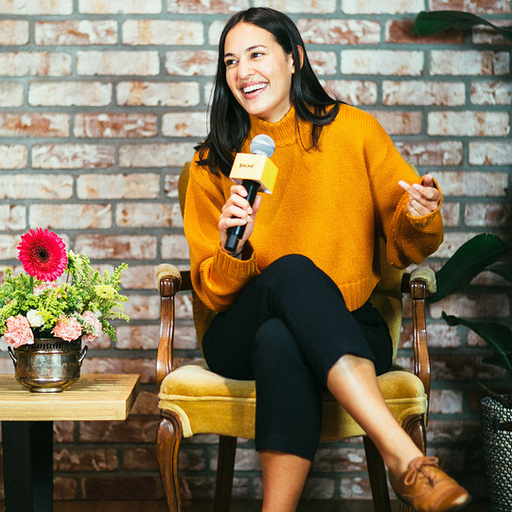